By: News 12 Staff
There is a slight warmup today followed by more freezing temperatures and the chance for snow.
WHAT'S NEW: A nice warmup arrives today as temperatures climb into the mid-40s by this afternoon under partly sunny skies. It is the best day of the week ahead as we’ll enjoy the mildest temps of the next several days. Sadly, this warmup is short lived as a bitter blast heads our way by tomorrow and lasts until Friday morning. 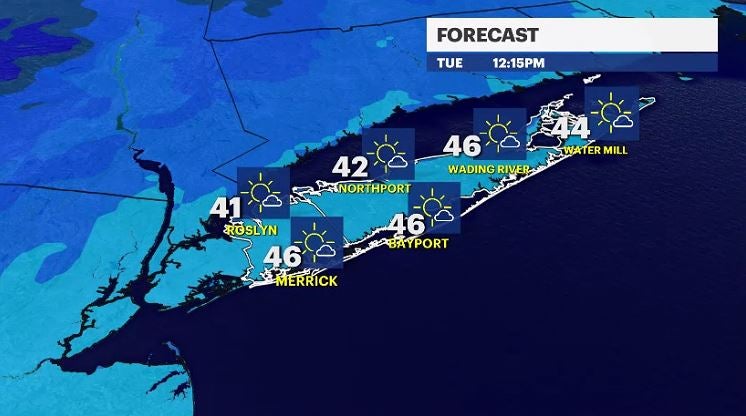 WHAT'S NEXT: A potential large coastal storm has its sights on Long Island Friday evening into Saturday. The details are rather broad at this time in terms but there is the chance for significant snow, coastal flooding, and strong winds. The amount of precipitation, type, wind threat and flood concerns will become clearer over the next several days.
TUESDAY: A mix of sun and clouds will be around much of the day with warmer temps.  Highs near 45. West southwest winds 5 to 10 mph. Sunrise: 7:12 a.m. Sunset: 5:05 p.m.
TUESDAY NIGHT: Some thin cloud, turning colder & breezy at times with lows near 18.
WEDNESDAY: Partly cloudy & chilly. Highs near 27. Lows near 11. 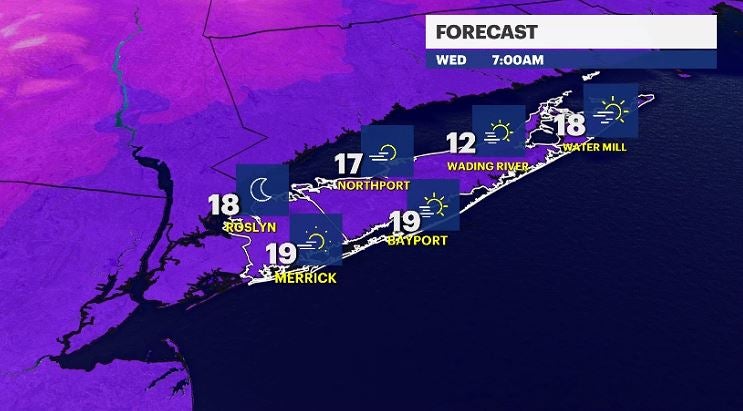 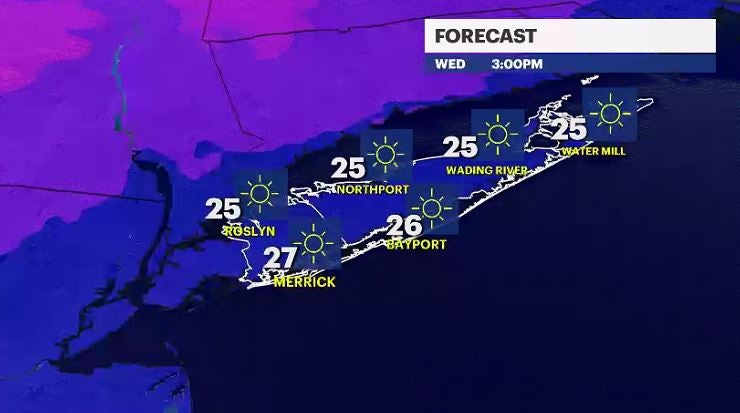 THURSDAY: Frigid start and staying chilly through the day under fair skies. Highs near 30. Lows near 23. 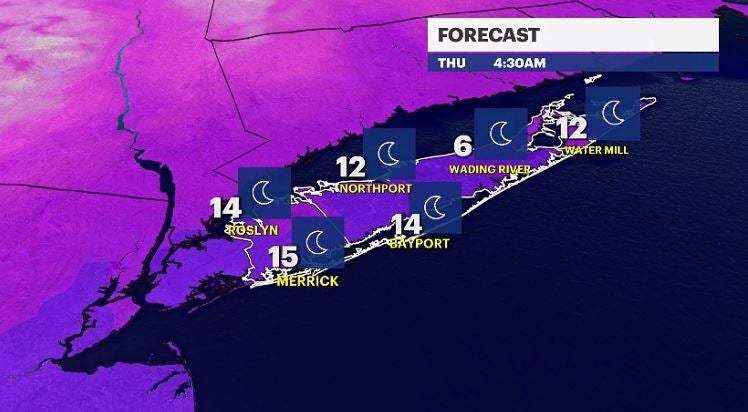 FRIDAY: Another cold start with clouds increasing later and with the chance of snow and a wintry mix late in the day into Friday night. Highs near 36. Lows near 22.

SATURDAY: Potential coastal storm hits the area with moderate snow and gusty winds in the morning hours.  Snow will taper down to light rates by the afternoon hours with breezy winds. 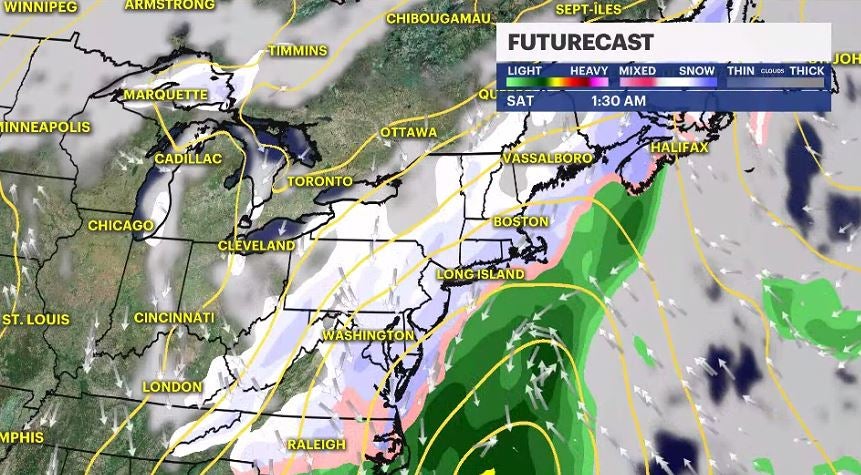 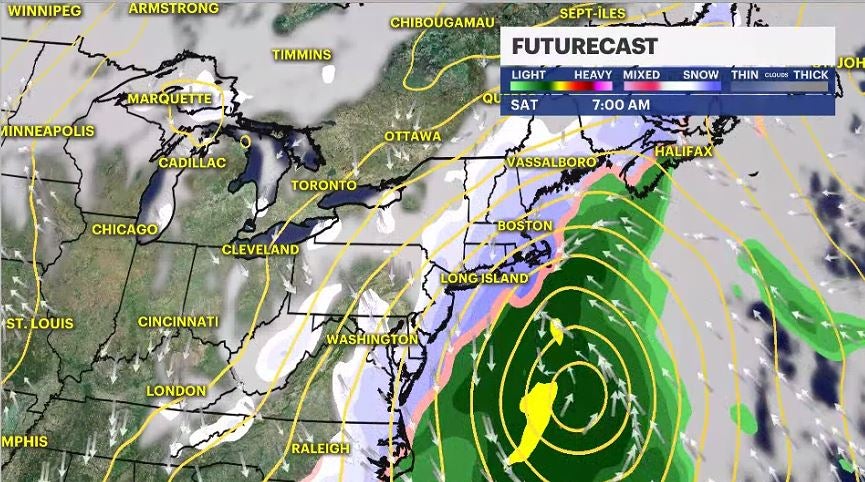 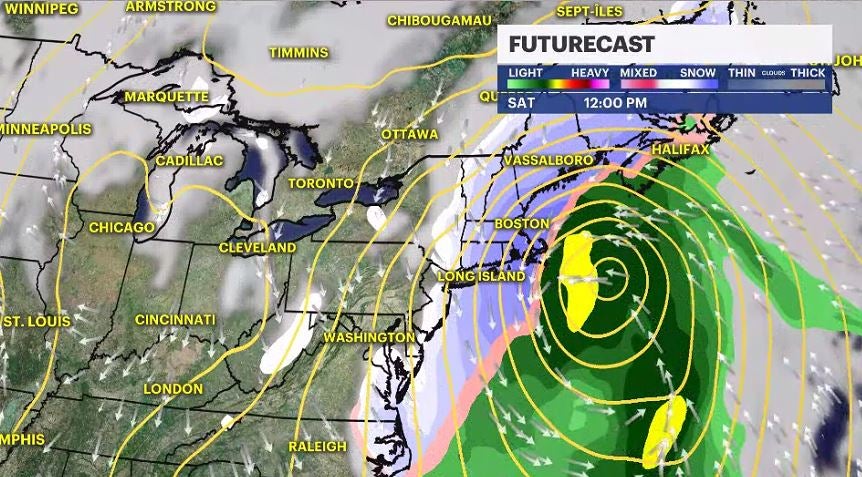 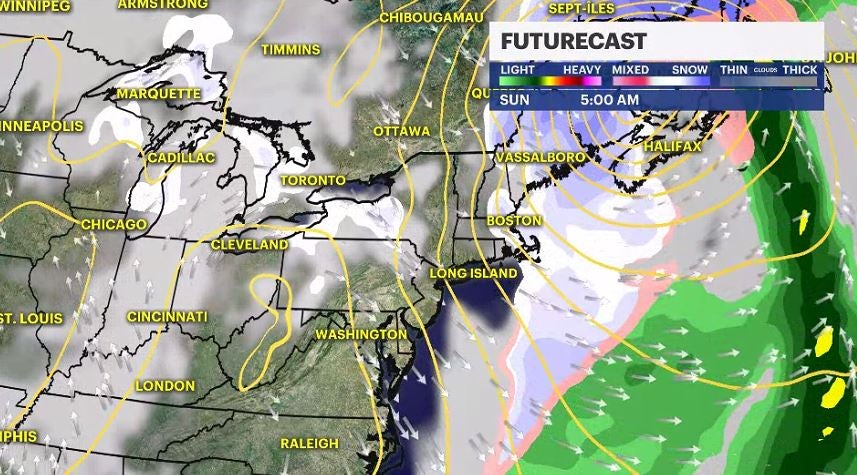 SUNDAY: Breezy winds back down with a mix of sun and clouds to be around through the daytime hours. High near 29. Low near 17. 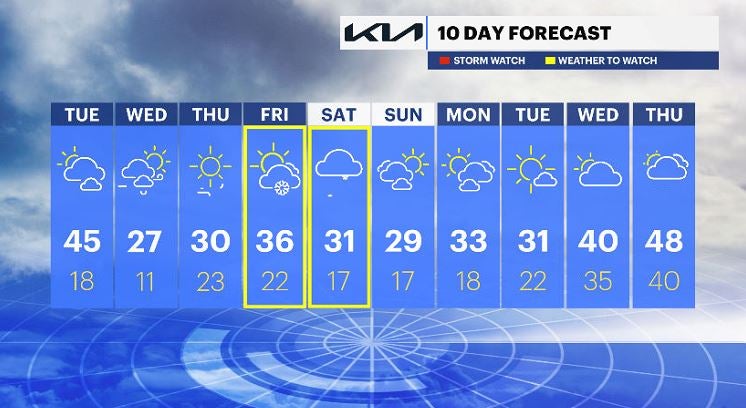 Thunderbolt 12: Slick roads for the Bronx as rain changes to snow

Storm knocks out power to thousands of homes and businesses

Thunderbolt 12: Checking out the conditions in Greenwich

Temperatures to feel like 0 tonight, snowstorm possible this weekend