The Federal Aviation Administration is reporting delays in air travel because of a "slight increase in sick leave" at two East Coast air traffic control facilities.

FAA spokesman Gregory Martin said Friday that it had augmented staffing, rerouted traffic and increased spacing between planes as needed. 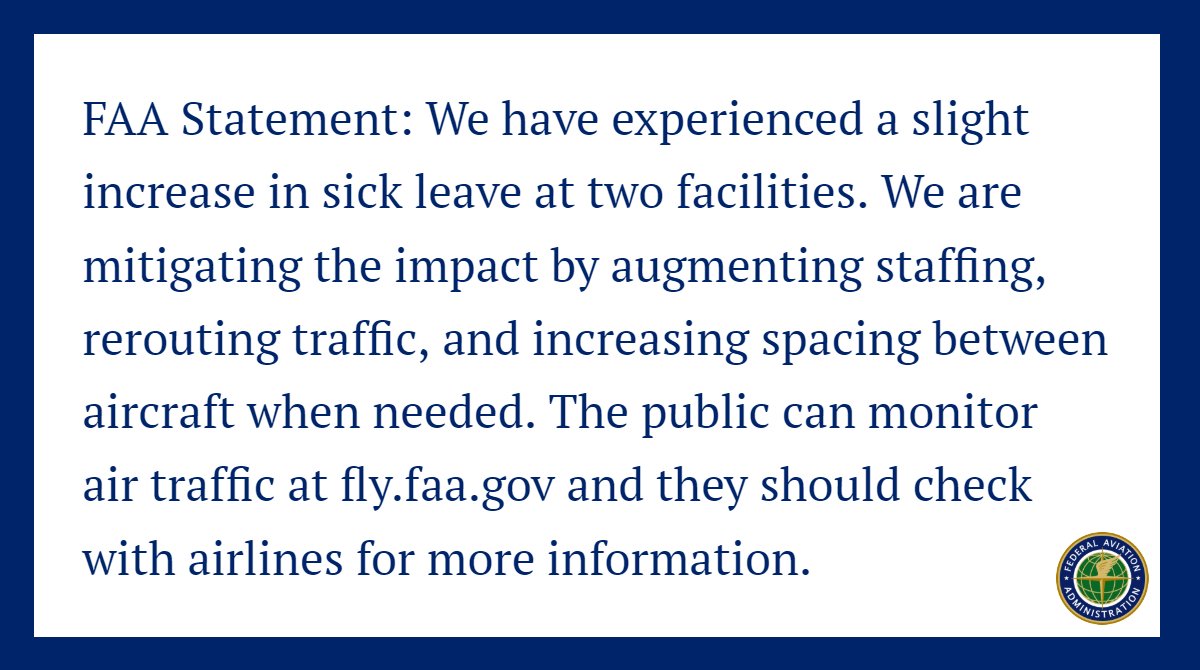 The staffing problems were at air traffic centers in Jacksonville, Florida and a Washington D.C. center that controls high-altitude air traffic over seven states.

Watch: Chopper 12 above LaGuardia during delays:

Martin says safety is being maintained during a period of "minimal impacts" on travel.

Our sign-up page is undergoing maintenance and is not currently available. However, you will be given direct access to news12.com while we complete our upgrade.
When we are back up and running you will be prompted at that time to complete your sign in. Until then, enjoy the local news, weather, traffic and more that's "as local as local news gets."
back to site