By: News 12 Staff
As Connecticut continues its age-based COVID-19 vaccine rollout, people comorbidities and underlying conditions say they've resulted to crossing state lines to get shots.
The Connecticut COVID-19 vaccine rollout was revised several times, initially with plans to give the vaccine to people with underlying conditions by late February and early March.
"We're prioritizing those most at risk those most likely to suffer the most consequences," Gov. Ned Lamont had said during his Jan. 19 news brief.
But then, the state went a different route. 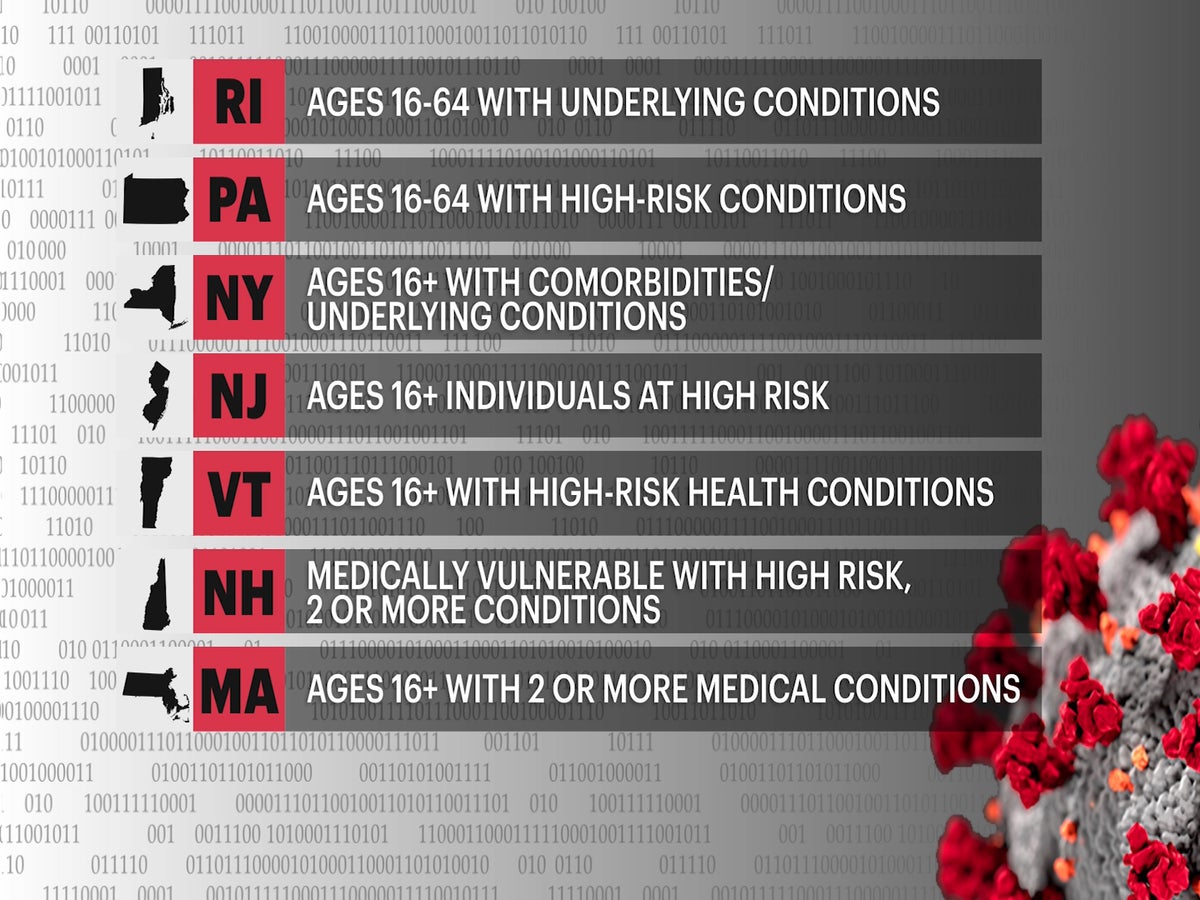 Connecticut opted for an age-based approach, saying it was easier than previous scenarios and that the prioritization for other groups was found to be complex, confusing and slowing down the process.
Lamont said 96% of COVID-19 deaths in Connecticut occurred in people over the age of 55 years old.
"The overwhelming majority of folks to suffer complication from a comorbidity are over the age of 55 and they're going to be substantially vaccinated, I'd say, within the next week or 10 days," Lamont said previously.
But this has left 25-year-old Stephen Puglisi, a Connecticut resident who takes an immunosuppressive drug for Crohn's Disease, no other option but to get vaccinated elsewhere.
"If I get it, I could easily end up in the hospital," he says.
It's why Puglisi took a leave of absence from school when cases increased in November.
"I live in the only state here which is not vaccinating pre-existing conditions," he says.
Team 12 Investigates went online and found that states surrounding Connecticut implement some form of prioritization for people with comorbidities or pre-existing conditions in early group phases.
MORE: Vaccine vacation: Shot-seekers head to other states in hope of appointment
Team 12 Investigates: As vaccine seekers cross state lines, could residency rules face changes?
Lamont announced on March 15 that anyone 16 years and older can get the vaccine starting April 5, opening the flood gates to thousands of people - leaving it to hospitals and doctors to decide who to prioritize, with hopes of them giving the first doses to those most vulnerable.
Puglisi says he couldn't live in a bubble any longer and wait his turn to get the vaccine, so he found a Rite Aid in Pennsylvania where he could get a shot.
He and his mother drove four hours, crossed state lines and stayed overnight in a hotel. They headed to Mechanicsburg, Pennsylvania - where even non-residents with comorbidities fall under the state's Phase 1A.
That's when he got his first dose of the Pfizer shot.
"The minute I left the pharmacy I was basically crying. It was just such an overwhelming sense of relief, it's really indescribable," Puglisi says.
Data from the CDC in June points out that hospitalizations are six times higher and deaths are 12 times higher for COVID-19 patients with underlying conditions.
According to Connecticut Department of Public Health, nearly 362,000 people in Connecticut ages 16 to 64 have one or more comorbidity - that's just over 10% of the population.
"Even though we might not be a large population, we exist, and it feels like we don't exist in the eyes of the government and that's extremely frustrating," Puglisi says.
He will head back to Pennsylvania next week for his second shot.
Related Stories

Turn to Tara: Job offer too good to be true? Employment scams are spiking. Here's how to avoid them.

Turn to Tara: Could your car be tracking you?

Does your child have COVID-19, flu or the common cold? Check the symptoms here as the school year gets underway.

The New Normal: The future of COVID-19 vaccines - will they beat back another surge?

US reaches deal with Moderna for Omicron COVID-19 vaccine