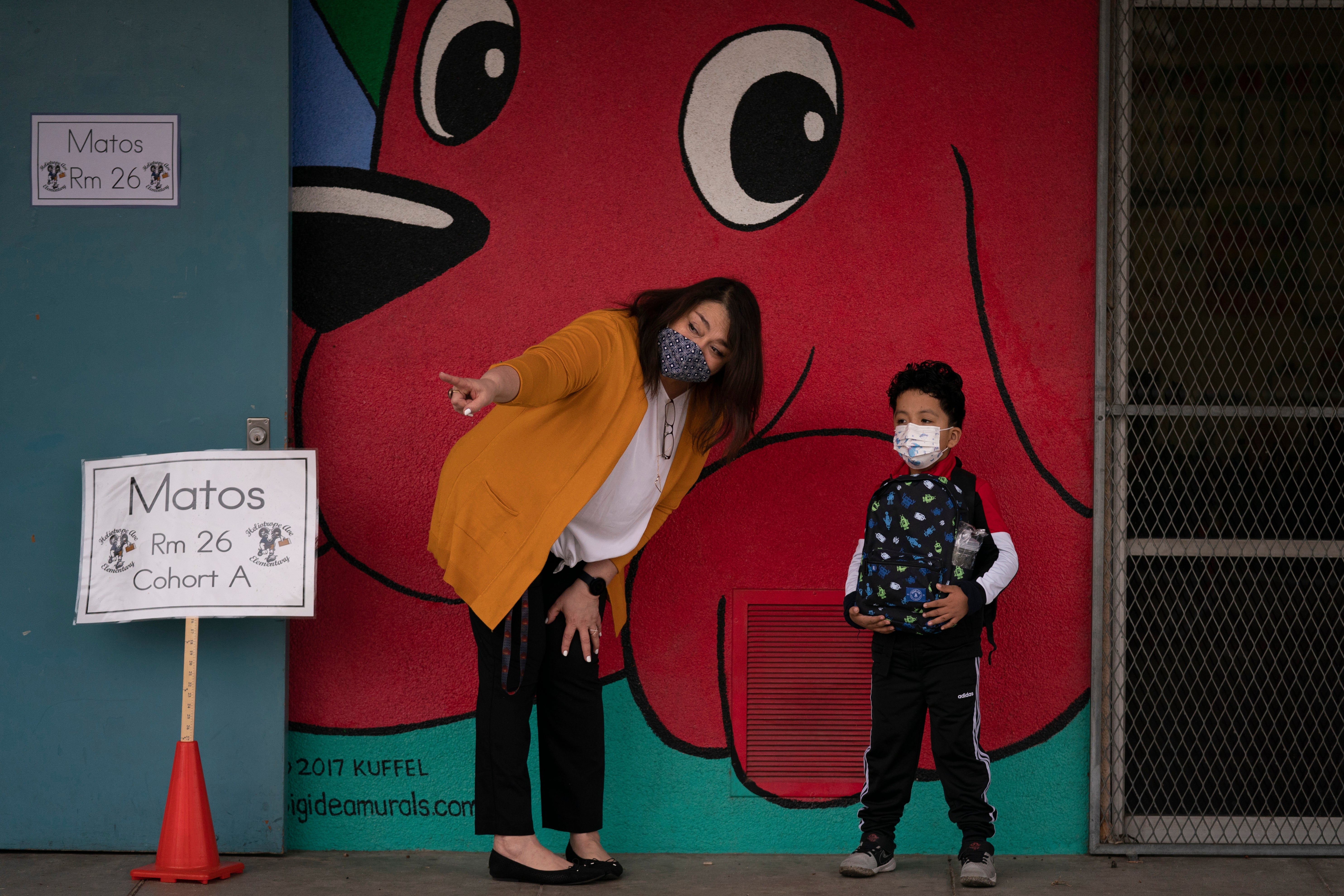 The Biden administration is increasing federal support for COVID-19 testing for schools in a bid to keep them open amid the Omicron surge.
The White House announced Wednesday that the administration is making a dedicated stream of 5 million rapid tests and 5 million lab-based PCR tests available to schools starting this month to ease supply shortages and promote the safe reopening of schools. That's on top of more than $10 billion devoted to school-based tests authorized in the COVID-19 relief law and about $130 billion earmarked in that law to keep kids in school.
The new initiative comes as the White House faces mounting criticism over long lines and supply shortages for testing and after the nation's third-largest public school system, in Chicago, closed for days after an impasse between teachers and officials over reopening policies. The closure was a black eye for Biden, who made reopening schools - and keeping them open - a priority.
“We have been very clear, publicly and privately, that we want to see schools open," White House press secretary Jen Psaki said Monday. She cited the massive amount of funding for schools as evidence of the administration ensuring "we were prepared and had resources needed to address whatever may come up in the pandemic.”
The new crop of tests is enough to cover only a small fraction of the more than 50 million students and educators in the nation's schools. The administration hopes the tests will fill critical shortfalls in schools that are having difficulty securing tests through existing federal funding or are facing outbreaks of the more transmissible COVID-19 variant.
The White House says states will be able to request the tests immediately and the tests will be available for use by the end of the month.
The administration is also working to target other federally backed testing sites to support school testing programs, including locating Federal Emergency Management Agency sites at schools.
Additionally, the Centers for Disease Control and Prevention is set to release new guidance later this week to help schools implement “test-to-stay” policies, in which schools use rapid tests to keep close contacts of those who test positive in the classroom.
Related Stories

Police: Fairfield student made threat against school on Yik Yak

What it's like to commute in Connecticut during the pandemic

The New Normal: What do we learn as new coronavirus variants emerge?

COVID-19 vaccine in the works for kids 5 and under