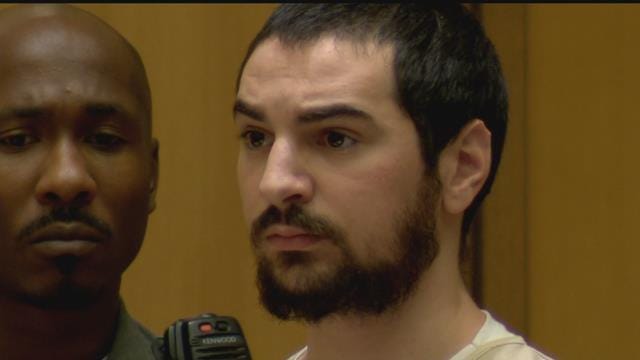 A Norwalk man accused of showing interest in mass shootings is out on bond.
Brandon Wagshol's release comes with several conditions. Wagshol will be on house arrest with the exception of having to check in with probation at the courthouse every day. He'll also have to wear a GPS monitor and take a psychological evaluation.
The judge ordered he have no access to weapons.
MORE: Bond kept at $250K for Norwalk man accused of showing interest in mass shooting
MORE: Police use Red Flag Law to seize weapons of man who 'showed interest' in mass shootings
MORE: Norwalk police, FBI arrest man who 'showed interest' in a mass shooting

Wagshol is heading home more than two weeks after being charged with possession of high-capacity magazines, which are illegal in Connecticut.

Wagshol is not out the way his attorney wanted. In court, Darnell Crosland argued the conditions on Wagshol's release were overly harsh, especially with bond at $250,000.
“I think that's unfair and the state needs to be ashamed of itself,” said Crosland.

The prosecutor, however, called the facts surrounding this case "disturbing." Wagshol had popped up on the FBI's radar earlier this month after authorities received a tip about him trying to buy high-capacity magazines from out of state. It was his alleged interest in mass shootings that raised red flags for local and federal authorities. Police say he made alarming posts on social media.

Wagshol has no prior arrests, but his newly released arrest warrant details a history of threatening behavior and an obsession with guns. The warrant claims Wagshol in sixth grade threatened to shoot another student and saying, "I'll make Virginia Tech look like nothing."

His mother told police Wagshol signed up for so many firearms catalogues in middle school that she contacted the company to stop them from being sent, telling a representative, "If her son were to commit a school shooting, the blood would be on the company's hands."

Crosland believes Wagshol’s past is being held against his client.
“It's one thing to be influenced, and it's one thing to be steered to overreact,” he says.
Wagshol is supposed to be attending Central Connecticut State University. When he was arrested, the university president issued a statement saying he was temporarily suspended and banned from campus.