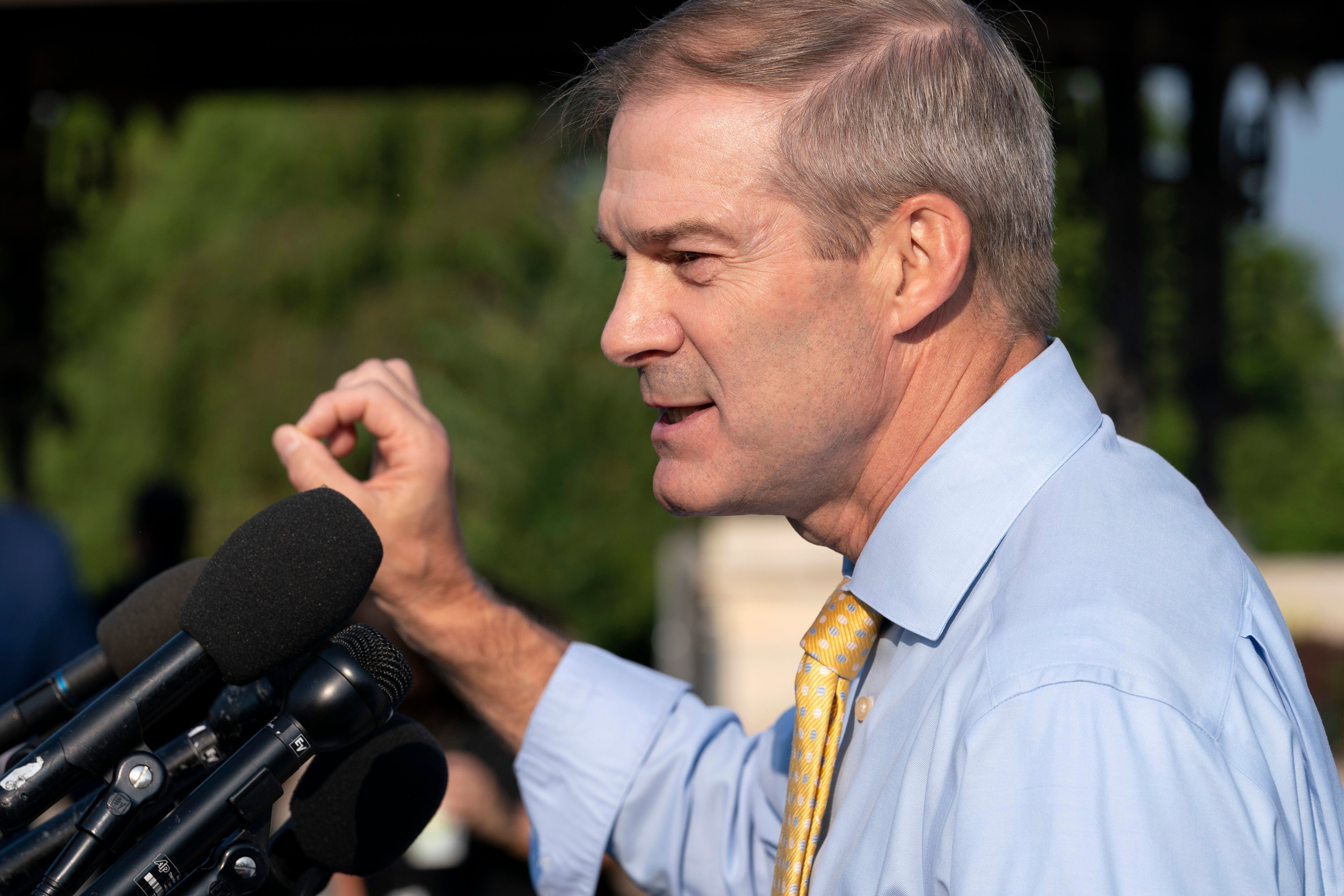 The House panel investigating the Jan. 6 U.S. Capitol insurrection requested an interview and information from Republican Rep. Jim Jordan of Ohio on Wednesday, the second time this week the committee publicly sought to interview a sitting member of Congress.
In a letter to Jordan, Mississippi Rep. Bennie Thompson, Democratic chairman of the panel, said the panel wants the lawmaker to provide information for its investigation surrounding his communications with then-President Donald Trump on Jan. 6 and Trump's efforts to challenge the result of the 2020 election.
“We understand that you had at least one and possibly multiple communications with President Trump on January 6th,” the letter reads. “We would like to discuss each such communication with you in detail.”
The request is the second by the nine-member panel this week and launches a new phase for the lawmakers on the committee, who have so far resisted going after one of their own as they investigate the insurrection by supporters and his efforts to overturn the election.
Jordan remains one of Trump's closest allies in Congress and a staunch supporter of the former president's false claims about voter fraud. The lawmaker most recently brought those claims up again during an October hearing on a motion to hold former White House chief strategist Stephen K. Bannon in contempt for refusing to comply with a congressional subpoena.
In that same hearing, Jordan admitted once again that he spoke with Trump on the day of the attack.
“Of course, I talked to the president,” Jordan told members of the Rules Committee, in response to questioning from the panel’s chairman, Rep. Jim McGovern (D-Mass.). “I talked to him that day. I’ve been clear about that. I don’t recall the number of times, but it’s not about me. I know you want to make it about that."
A request for comment from Jordan's office was not immediately returned.
The panel is also seeking information regarding Jordan's meeting with Trump and members of his administration in November and December 2020, and in early January 2021, “about strategies for overturning the results of the 2020 election.” The letter goes on to say the committee is also interested in any discussions Jordan may have had during that time regarding the possibility of presidential pardons for people involved in any aspect of the Capitol attack or the planning for the two rallies that took place that day.
Thompson writes that Jordan has already publicly signaled a willingness to cooperate with the panel's efforts to get answers about Jan. 6, citing the lawmaker's quote from that October hearing: “I've said all along, I have nothing to hide. I’ve been straightforward all along.”
On Monday, the committee sent a similar request to Republican Rep. Scott Perry of Pennsylvania, who the panel believes had “an important role” in efforts to install then-Justice Department official Jeffrey Clark as acting attorney general in late 2020.
Perry denied the committee's request Tuesday, calling the committee and its investigation “illegitimate.”
In response, Tim Mulvey, a committee spokesperson, said while the panel prefers to gather evidence from members “cooperatively,” it will pursue such information “using other tools” if necessary.
The panel has already interviewed about 300 people as it seeks to create a comprehensive record of the Jan. 6 attack and the events leading up to it.
Trump at the time was pushing false claims of widespread voter fraud and lobbying Vice President Mike Pence and Republican members of Congress to try to overturn the count at the Jan. 6 congressional certification. Election officials across the country, along with the courts, had repeatedly dismissed Trump’s claims.
Related Stories

CT lawmakers push to expand abortion access in the state