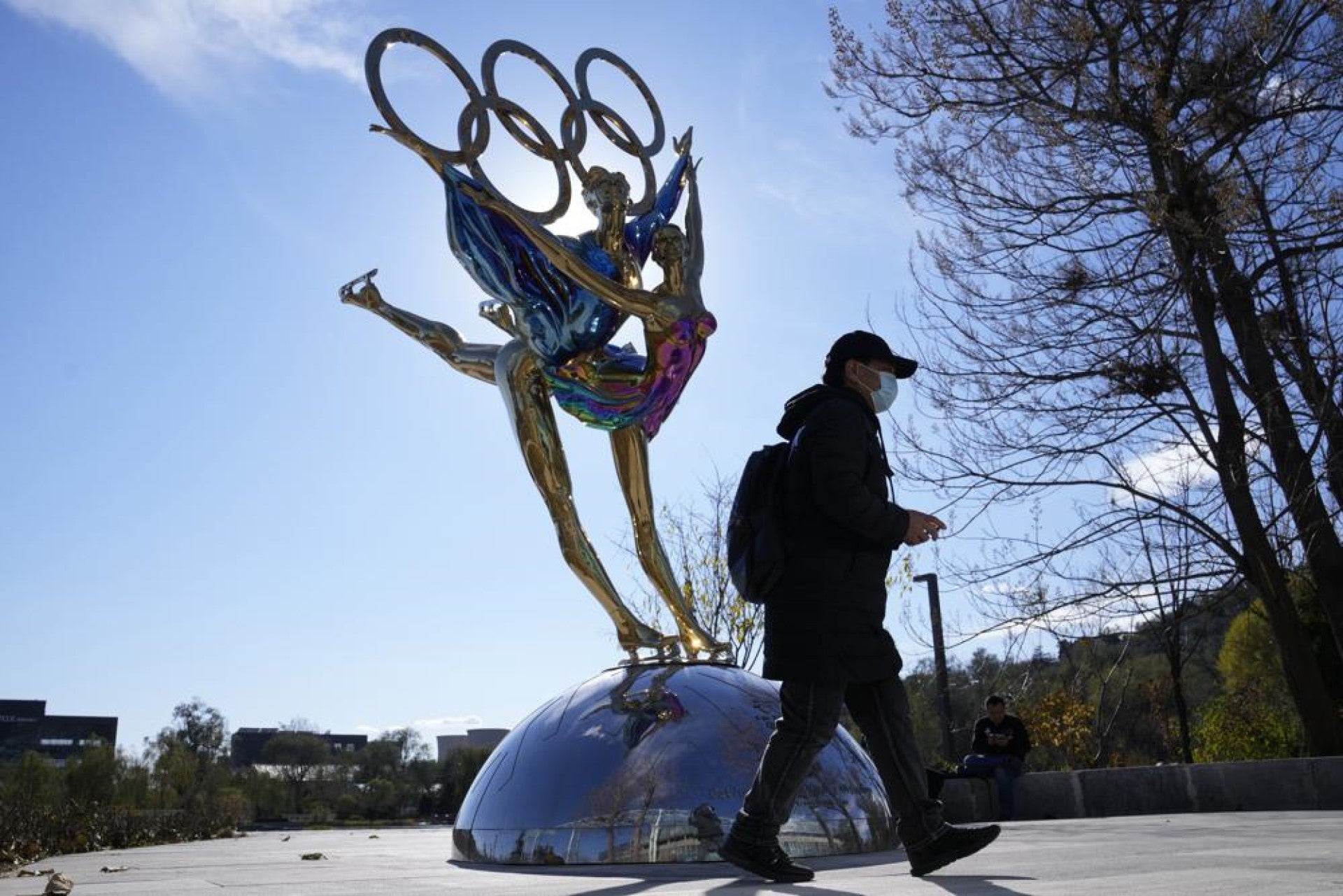 The U.S. will stage a diplomatic boycott of the upcoming Winter Olympics in Beijing to protest Chinese human rights abuses, the White House confirmed Monday, a move that China has vowed to greet with “firm countermeasures.”
White House press secretary Jen Psaki says U.S. athletes will continue to compete and will “have our full support,” but added “we will not be contributing to the fanfare of the games.”
“U.S. diplomatic or official representation would treat these games as business as usual in the face of the PRC’s egregious human rights abuses and atrocities in Xinjiang, and we simply can’t do that,” Psaki told reporters during Monday’s briefing.
“We have a fundamental commitment to promoting human rights. And we feel strongly in our position and we will continue to take actions to advance human rights in China and beyond,” Psaki added.
Biden this week will host a White House Summit for Democracy, a virtual gathering of leaders and civil society experts from more than 100 countries that is set to take place Thursday and Friday. The administration has said that Biden intends to use the convening “to announce both individual and collective commitments, reforms, and initiatives to defend democracy and human rights at home and abroad.”
Senate Foreign Relations Committee Chairman Robert Menendez, D-N.J., called such a diplomatic boycott “a necessary step to demonstrate our unwavering commitment to human rights in the face of the Chinese government’s unconscionable abuses.”
He called on “other allies and partners that share our values to join with the United States in this diplomatic boycott.”
Chinese Foreign Ministry spokesperson Zhao Lijian accused U.S. politicians of grandstanding over the issue of not sending dignitaries to attend events that China hopes will showcase its economic development and technological prowess.
Speaking to reporters at a daily briefing, Zhao said such a move would be an “outright political provocation,” but gave no details on how China might retaliate.
Human rights advocates and lawmakers in the U.S. who support a boycott say it is a necessary step. They cite China’s poor record on human rights as justification, saying China is using the games to whitewash its ill treatment of civil rights activists, political dissidents and ethnic minorities.
“Without being invited, American politicians keep hyping the so-called diplomatic boycott of the Beijing Winter Olympics, which is purely wishful thinking and grandstanding,” Zhao told reporters at a daily briefing. “If the U.S. side is bent on going its own way, China will take firm countermeasures.”
The dispatching of high-level delegations to each Olympics has long been a tradition among the U.S. and other leading nations. Then-President George W. Bush attended the opening of the 2008 Beijing Olympic Summer Games. First lady Jill Biden led the American contingent to the Summer Olympics in Tokyo this year and second gentleman Doug Emhoff led a delegation to the Paralympic Games.
The diplomatic boycott comes as the U.S. attempts to stabilize turbulent relations with Beijing, even as it maintains a tough approach toward trade and conflicts over China’s actions on Taiwan, human rights, Hong Kong and the South China Sea. CNN was first to report that an announcement was expected this week.
Beijing has mounted a stiff response to all U.S. criticisms, denouncing them as interference in its internal affairs and slapping visa bans on American politicians it regards as anti-China.
It wasn’t clear who the U.S. might have sent to Beijing for the games and Zhao’s comments appeared to indicate that China has not extended any invitations.
Australia, whose ties with China have nosedived over a range of disputes, has also raised the possibility of a diplomatic boycott.
Related Stories

Yankees place RHP Holmes on injured list with back soreness

Football on the mind ahead of Pinstripe Bowl

Mets’ Carrasco likely out up to a month with oblique strain